The Heaton Group has today announced its Stretford scheme, The Bank, has sold out as it seeks commercial partners for its 317sqm ground floor retail space.

Originally known as Derby Hall, the building was home to a conservative club for many years until being repurposed as a retail unit and later a bank to take advantage of its proximity of Stretford Mall. The developer started work in September to restore the historic building and create 13 luxury one and two bedroom apartments. Scheduled for completion in May 2021, all apartments have sold and The Heaton Group is now focussing its attention on finding the right tenant for the commercial space on ground level.

The announcement comes as the Stretford Masterplan was unveiled this week, Trafford Council and developer Bruntwood Works’ blueprint for the redevelopment of the town centre. The plan proposes building 800 homes, revamping Stretford Mall, reinstating King Street high street and repurposing the Lacy Street car park into a mixed-use scheme.
Speaking about the announcement, managing director of The Heaton Group, John Heaton, said:
“With the work already done and all that is planned for Stretford, it is without a doubt one of Manchester’s most promising areas. As part of bringing back The Bank to its former glory and making sure it’s a welcomed neighbour, we want to partner with the right partner who will complement the other independent and creative businesses in the area and bring something different to the town centre.”

Once complete, the building, known as The Bank, will include 13 one-bedroom apartments and one two-bedroom apartment, as well as the commercial unit for rent on the ground floor. Of the flats, three will be duplexes with their own private staircase to the second floor.

Wigan based The Heaton Group creates homes to rent, live and invest in across the North West, with fifteen schemes currently live and in development across Greater Manchester, Lancashire and Cheshire.

Starting out four generations ago, The Heaton Group now offers a 360-degree property development opportunity; acquiring, designing, building, marketing and renting its properties entirely in-house. Its focus on outstanding customer service and quality ensures that it has a loyal customer base of renters, buyers and investors. 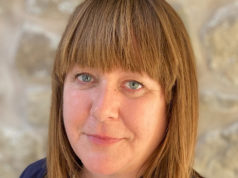 Branded clothing and merchandise firm shows it’s on the ball with...