Healthy Investment, the mutually owned financial services provider, has appointed two major players in the insurance industry to its board.

Their appointments mark the latest step in Healthy Investment’s growth strategy as it capitalises on demand for lower-risk investments that reflect the public’s ethical values. Both new directors have held senior strategic roles at some of the UK’s biggest-name life and personal lines insurance companies.

Until earlier this year Elizabeth Boardall was Head of Customer Engagement, Experience and Digital at Royal London, and was a member of its Independent Governance Committee. She latterly worked with the former Pensions Minister Sir Steve Webb to develop the life insurer’s public relations strategy for legacy customers.

Previous roles held by Ms Boardall include Head of Group Strategy at HBOS and Head of Pensions Products, Marketing and Propositions at Aviva. In 2007 she was approached by Government to develop the NEST pension product and proposition which formed the backbone of workplace pensions auto-enrolment.

Sue Baldwin’s career has included senior roles at the innovative insurance firms Direct Line and Esure. She joined the latter in 2000, later becoming Head of Claims and joining the firm’s executive team.

Ms Baldwin steered the claims business through Esure’s £1bn IPO in 2013 and beyond. Under her oversight the department grew to employ more than 600 staff at offices in Manchester and Glasgow.

Since 2016 Ms Baldwin has worked as a non-executive director and management consultant. She is managing director of Baldwin Consultancy and has held senior non-executive positions with Stockport-based Financial and Legal Insurance Company and MSL Legal Expenses.

Steven Spilsbury, Chairman of Healthy Investment, said, “Elizabeth and Sue each bring vast experience to our board. Their expertise in strategy, marketing, corporate governance and culture development will be invaluable as we put our growth plans into practice.

“The uncertainty surrounding the pandemic, the continuing low interest rate environment and the public’s burgeoning demand for investments that reflect their values all present a great opportunity to grow our cautiously managed, ethically invested with-profits funds.

Elizabeth and Sue join us at an exciting moment in our 185-year history and I very much look forward to their input as we move our business plan on to the next level.”

Healthy Investment, which was founded in Salford in 1835 as The Independent Order of Rechabites, has its origins in the temperance movement that grew up during the Industrial Revolution. Now based in Bury, Greater Manchester, it provides ISAs, Investment Bonds, Junior ISAs, Child Trust Funds and savings plans to more than 110,000 members.

The society invests members’ money in an ethical with-profits fund that “smooths” returns by holding back a proportion of gains in years of strong investment performance and using these to minimise volatility during years of weaker markets. 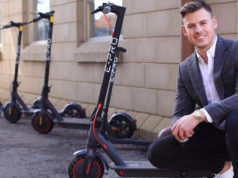