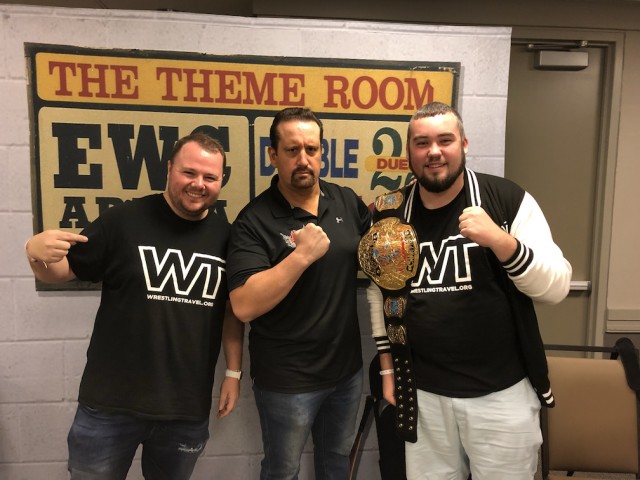 Wrestling Travel, the World’s only travel company specifically focused on wrestling events, is helping to bring the biggest independent wrestling convention in UK history to Manchester this weekend.

Bringing the best in wrestling and social media under one roof, the Wrestling Travel Wrestling MediaCon 2018 will star some of the world’s biggest names including WWE Hall of Famers Pat Patterson, Jeff Jarrett and former WWE superstar and D-Generation X/NWO alumni Sean ‘X-Pac’ Waltman.

Lee McAteer, founder of Wrestling Travel said: “As a lifelong fan of wrestling it is an absolute dream to be play such a pivitol part in the Wrestling Travel Wrestling MediaCon in Manchester, Wrestling Travel’s home town. The calibre of stars coming to our region this weekend is unreal! This is the ultimate wrestling experience and it’s here in the UK.”

For all Wrestling fans – Cody Rhodes shocked the crowds at the ‘ALL IN’ super show in Chicago – becoming the new NWA Heavyweight champion after defeating British Superstar Nick Aldis following in the foot-steps of his late great father, ‘The American Dream’ Dusty Rhodes. The fall out of Aldis losing his championship will be seen first-hand in Manchester this weekend with him appearing in person at the event with mentor Jeff Jarrett.

Events will be housed in three of the Arena’s exhibition spaces, giving wrestling fans the ultimate experience of their favourite stars.

Live shows from Impact Wrestling – in its exclusive return to the UK after three years – and Revolution Pro Wrestling will be on offer across the weekend, plus guest matches from NWA, Defiant and NGW.

The world’s biggest wrestling YouTubers, Podcasters and personalities will be in attendance doing live shows, collaborations, photo shoots and fan meet and greets.

Lee McAteer, continued: “Wrestling fans from the UK are the best in the world so we know the Wrestling Travel Wresting MediaCon in Manchester will create a huge amount of hype.

“It’s the perfect chance to meet your favourite wrestling stars and, after a three-year hiatus, we can’t wait to see the return of IMPACT Wrestling for their Impact Wrestling vs The UK show! If you can’t make it to Manchester, the show will be streamed live on Twitch from 5pm on Sunday and the entire weekend event on FITE TV.” Stepping back in time through history trails