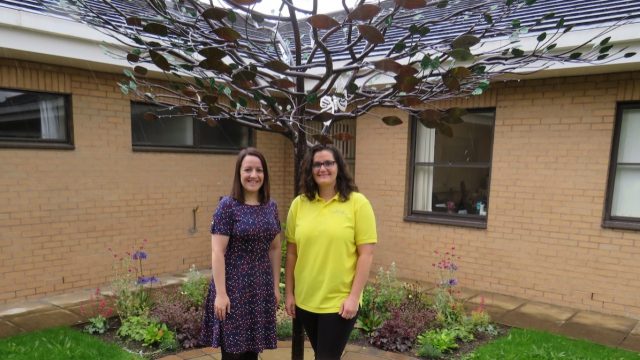 A Keighley manufacturer has pledged its support to a local bereavement group with plans to raise £5,000 of funds in 2019.

Airedale Chemical chose the Sunbeam Support Group to benefit from its planned fundraising activities this year after it was set up by a close friend of the company’s managing director.

The Sunbeam Support Group was formed by midwives at Airedale General Hospital and parents following the lack of ongoing bereavement support in the local area. The Group offers continued support following the loss of a baby through its monthly meetings, bereavement resources, events throughout the year and garden project which is based in the grounds of Airedale Hospital.

The chemical manufacturer has a series of activities planned throughout the year to raise funds for the cause, starting with a golf day to be held later in the summer.

Grace Detoeuf, who helped set up the group following the loss of her son Louis, explains: “Since setting up the Sunbeam Support Group in 2016 we have been reliant on donations, fundraising activities and support from businesses.

“We aim to provide a space for anyone who has lost a baby during pregnancy or shortly after birth to talk to other grieving parents or midwives from the Airedale Hospital Bereavement Team.

“For Airedale Chemical to have chosen us to benefit from their fundraising activities will make a huge difference and mean we can continue to support parents and families through the worst time of their lives.”

The Sunbeam Support Group meets at the Sunbeam Garden Room in the grounds of Airedale Hospital on the last Thursday of every month from 6.30pm.

Airedale Chemical managing director, Chris Chadwick, adds: “We have known about the Sunbeam Support Group since it began three years ago and are over the moon to be able to help such an incredibly important organisation that brings invaluable support to people when they need it most.

“We plan on raising as much money as we can this year for the group to make a huge difference to the services it can offer people.”

Airedale Chemical has been based in Cross Hills since 1994 and provides chemicals and contract manufacturing to markets including manufacturing, dairy, recycling and waste management. How the Humber can prosper from a green energy revolution How the Humber can prosper from a green energy revolution

Three Manchester businesses are sharing their expertise in a series of...

Businesses invited to tee off for Simon on the Streets

Lightico weeks away from new scientific proof of their Covid killing...