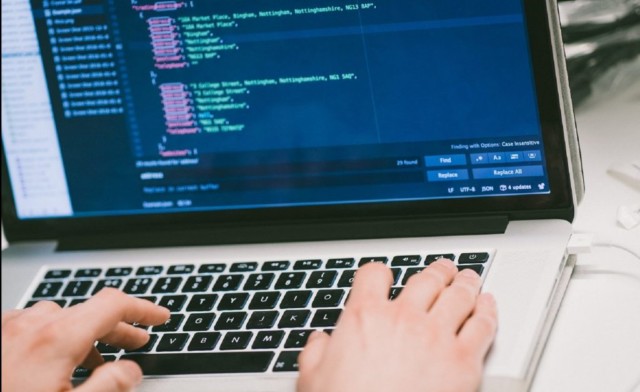 The Media Centre – the Huddersfield not-for-profit organisation committed to the digital and creative industries – has launched its own CodeUp, a free mentoring program for adults that want to learn to code.

CodeUp, originally founded in Manchester, aims to provide support and guidance to people with all levels of programming experience – from complete novices, to experienced individuals looking to learn their next new ‘language’.

Huddersfield’s inaugural event will take place at The Media Centre’s Café Ollo on Monday 17th October from 6-8pm, with sessions running every third Monday of each month, thereafter.

The support surgeries will be led by volunteer coding experts offering guidance and mentoring throughout the sessions, on a variety of programming languages, from Python through to mobile app development.

But there’s not only the chance for mentor support – the workshops will also combine talks, breakout sessions and self-study opportunities to provide an informal, friendly and safe place for people to improve their digital skills.

Brent Woods, CEO of The Media Centre commented on why he’s bringing CodeUp to Yorkshire: “There are lots of excellent online learning resources for anyone that wants to teach themselves to code but it’s easy to get stuck. Sometimes you need some support to answer questions and point you in the right direction.

“That’s why we’ll have professionals on hand to help – so that people can ask questions, have a go, and progress their coding skills even further.”

The workshops will provide attendees with the opportunity to chat and collaborate with other, like-minded learners in a fun, inclusive environment.

Claire Dodd, founder of CodeUp in Manchester added: “CodeUp was designed to make learning how to code accessible and free to anyone who has the motivation to learn. In 2015, over 500 people attended our sessions and now we’re excited to see what we can achieve in other regions too, such as Huddersfield.

“I grew up in Huddersfield, so I know how difficult it can be to access digital skills as an adult when you don’t live in a major city such as Leeds or Manchester. As part of the CodeUp ethos, we want to make these skills available to everyone, and we’re hoping that our Huddersfield program will pave the way for the rest of West Yorkshire, as we expand out across the North.”

The Media Centre will also play host to Code Club, the kids’ version of CodeUp, during October half term (25th-28th October). Registration for the sessions – once again in association with Elder Studios – will open on Saturday 8th October.

To join the first CodeUp workshop, sign up here: https://www.meetup.com/CodeUp-Huddersfield/.